Importance of cognitive engagement for people with mild dementia 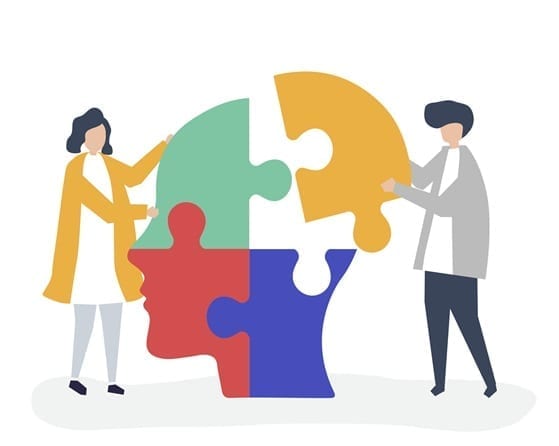 Cognitive impairment is one of the defining features of dementia. In the milder stages of the disease, it is the most disabling and distressing feature for the individual and so has a massive impact on their family. The signs of cognitive impairment begins to reduce the performance of daily activities.

People with mild dementia experience forgetfulness, difficulty recalling words, and short-term memory loss. The person faces difficulty keeping in mind any important dates, events, and even names of people. The person’s thinking skills are also affected. He/She may not be able to make proper decisions and judge the outcome of events promptly.

Mild dementia increases the risk of developing the higher stages of dementia which include Alzheimer’s Dementia and Vascular dementia. Therefore, management of early signs and symptoms of mild cognitive is essential in preventing the progression of dementia.

No effective preventive pharmacological intervention has yet been developed to treat these cognitive impairments associated with dementia. Rather, the only strong treatment mode for this is non-pharmacological intervention promoting social, physical, and cognitive functioning. An effective way to approach these symptoms is to use occupational therapy and let the specialized care help a person with dementia feel safer and more secure with his tasks of daily life.

There is a great deal of evidence supporting that intellectual stimulation can prevent cognitive decline. The can be achieved through various methods such as using the computer, playing games, and reading books. The most effective way to prevent dementia or to aid in recovery from its early forms is through social interactions.

Dementia carers have been recognized to be of prime importance in helping someone with dementia function productively and independently. They help in stimulating the mental capabilities of a person with symptoms of cognitive impairment and greatly prevent the risk of the progression quicker.

With the emergence of advanced technology, numerous new methods are being discovered to aid dementia patients. One such method is gamification which provides dementia patients cognitive stimulation at home. Selected dementia symtpoms adapted games will help them reduce their anxiety and stress levels making them more engaged in life skills and memory.

This website uses cookies to improve your experience while you navigate through the website. Out of these cookies, the cookies that are categorized as necessary are stored on your browser as they are essential for the working of basic functionalities of the website. We also use third-party cookies that help us analyze and understand how you use this website. These cookies will be stored in your browser only with your consent. You also have the option to opt-out of these cookies. But opting out of some of these cookies may have an effect on your browsing experience.
Necessary Always Enabled
Necessary cookies are absolutely essential for the website to function properly. This category only includes cookies that ensures basic functionalities and security features of the website. These cookies do not store any personal information.
Non-necessary
Any cookies that may not be particularly necessary for the website to function and is used specifically to collect user personal data via analytics, ads, other embedded contents are termed as non-necessary cookies. It is mandatory to procure user consent prior to running these cookies on your website.
SAVE & ACCEPT